I love to experiment with things I haven’t tried before, so when my mother-in-law gave me this Victorian jelly mold for Christmas, my mind started churning with things I could make in it. It was my husband’s great-great grandmother’s, so there is some fun history having multiple generations use the same item. Our youngest daughter said she would try anything that comes out of it, so off I set.

I used the panne cotta recipe from The Kitchn in two separate attempts.  The first one, I used the mix of whipping cream and milk as printed, but used a vanilla bean to flavour the milk in the heating process.  I expected that the little seeds would be distributed thoughout like little speckles.  I should have thought that through better because all the seeds settled perfectly into the shapes at the bottom of the mold!  It looked like I gilded it with coal dust. Oh all right, I’ll show you….  The yellow dots are oil used to lubricate the pan. Not the most attractive.  The flavour was fantastic using this method though, and we covered the seeds with raspberry sauce and thoroughly enjoyed it. It also came out of the mold perfectly. 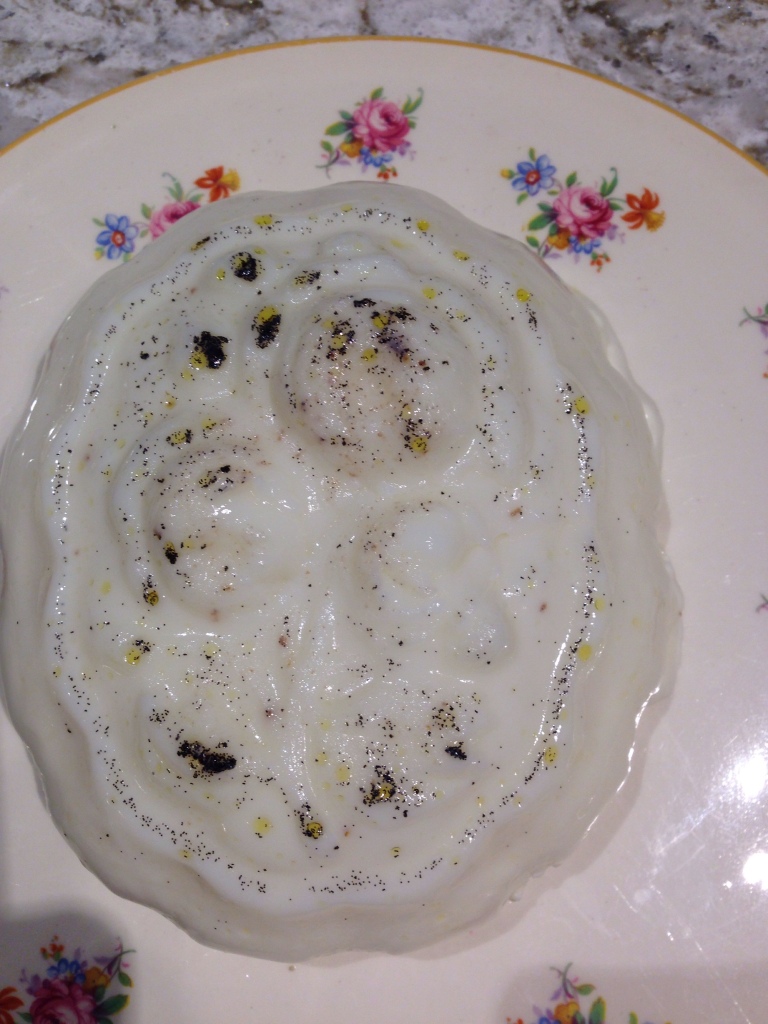 I made the raspberry sauce by combining 3 cups of frozen raspberries and 1 cup of sugar.  I heated that up and strained the seeds out.  Added a bit of corn starch slurry (1 tsp. cornstarch and 4 tablespoons of water) to the cooled juice and heated it up again to thicken it.  It needs to be cool before serving.

On my second attempt I used all half and half cream as she recommended in her recipe notes, to keep the cream and milk from separating as the dessert cools in the mold.  This worked really well.  I decided to just use the amount of vanilla extract she had in the recipe though and found the flavour sadly lacking.  Also, I didn’t use as much oil in the mold so it didn’t unmold as cleanly – I lost a couple roses to the attempt.  I served it with peach sauce the second time. 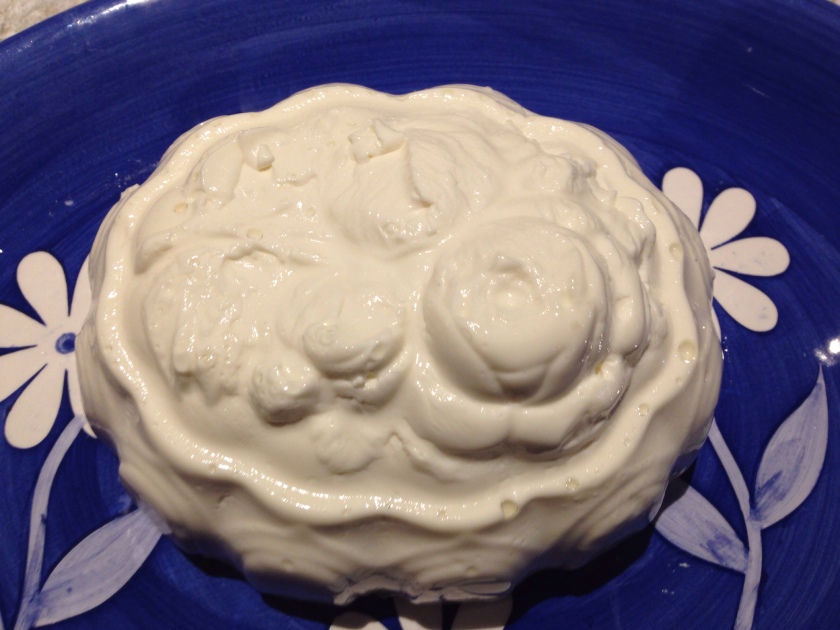 I am having loads of fun experimenting and my family says they will happily keep eating the “imperfect ones” so in my next attempt, I will use the vanilla bean, but not cut it open.  Hopefully that will amp up the flavor without adding the seeds. Alternately, I could just strain them out before cooling and adding the gelatin.

Does anyone have suggestions as to other things to try making with the mold? Drop me a line in the comments and share your thoughts.