I have been wanting to try out some of the beautiful baking tins I received for Christmas and decided on orange cakes for my inaugural foray into baking with them. I used my recipe for orange loaf topped with chocolate ganache, but skipped the ganache and instead, brushed the warm cakes with a glaze of orange juice and sugar. They were tasty little treats, though I lost some of the definition of the pan markings, so maybe a different batter would work better from that point of view. I also overfilled the little cups, but that is easily rectified. 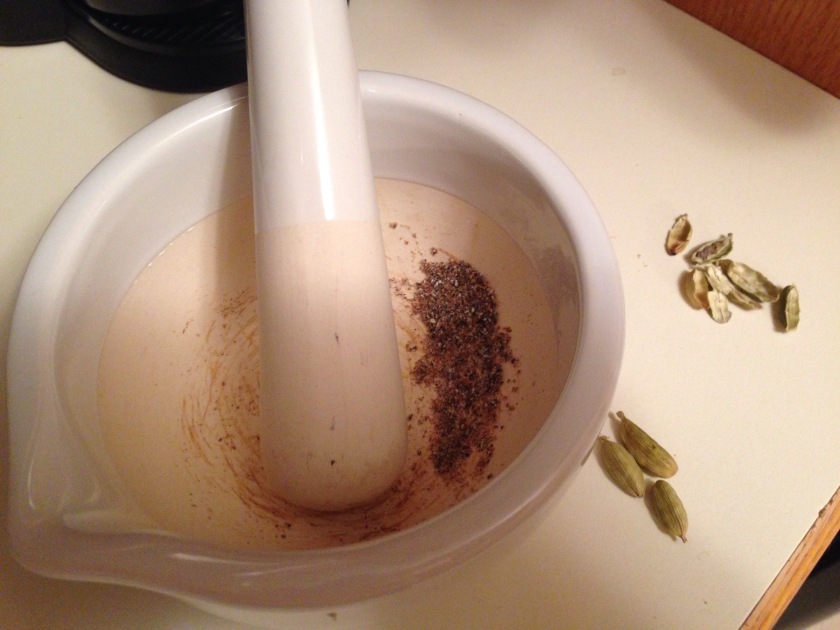 I always have cardamom pods around for making chai, so I like to grind my own for baking. It only takes as couple minutes to take the seeds out of the pods and crush them. I got this mortar and pestle at IKEA several years ago for a couple dollars. It works great, but you can just buy the ground spice if you prefer. I like inhaling the perfume the seeds give off as I grind them to smithereens 😉

Cream butter and sugar. Add eggs one at a time, beating after each. Add orange rind. Add dry ingredients to butter alternately with milk. Bake at 350 degrees F for 15 minutes if using mini tins.

These pans are slightly overfilled, as I found out.

Glaze: Remove cakes from baking tin. Brush rounded side of cakes with juice from 1/2 an orange mixed with 1/2 cup sugar. They absorb the orange-y sweetness and become little bombs of orange flavor. You can eat them warm, but we discovered the flavour improved if we let them cool.

For those interested in the original 6″x3.5″ loaves, the recipe is the same, except the loaves are baked for 45 minutes. The ganache is below:

Bring cream and corn syrup to simmer in a heavy pan. (do not boil). Remove from heat. All all chocolate and stir until melted and smooth. Add liqueur (if using) and stir to combine. Makes about 2 cups. Let cool enough that it still pours, but holds its shape. 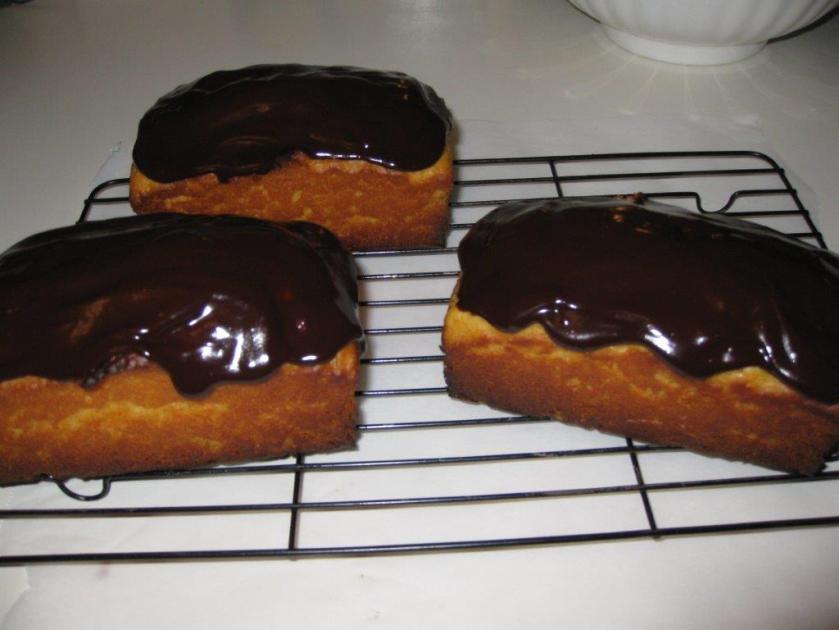