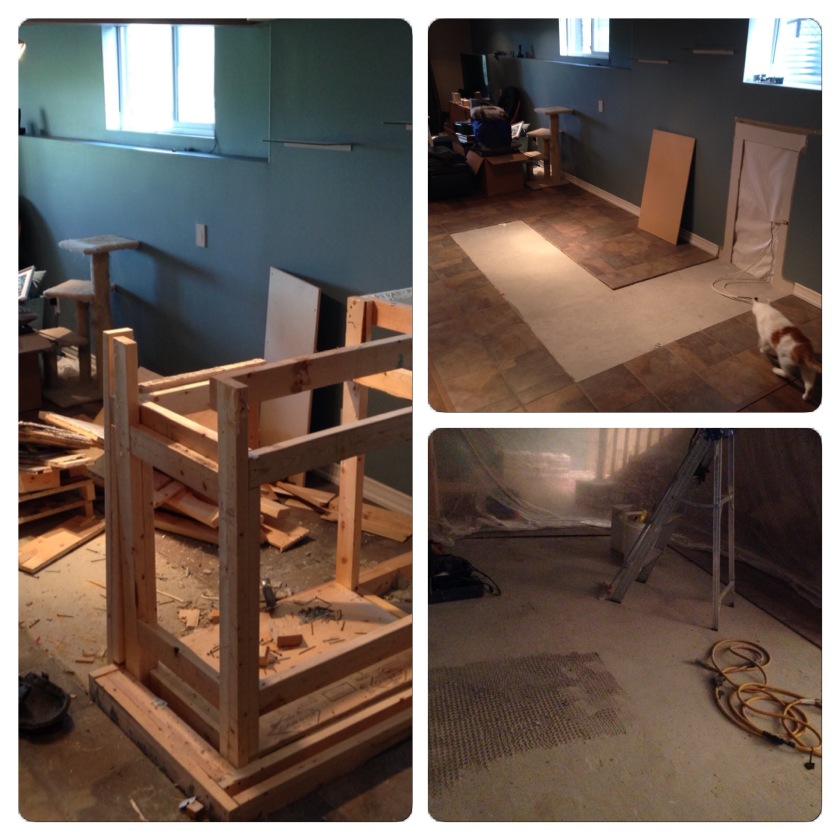 As some of you know, we moved into this house in August and have been happy with almost everything here. The one exception was the ugly and poorly built bar covering a third of the family room in the basement. It was an “improvement” built by the former homeowner and was as tall as my collarbone, full of splinters and put together with nails looking more like sewing pins than finishing nails. Every corner was sharp and not suitable for use…and it took up a lot of space and we just couldn’t see ourselves sitting around it. A few friends asked why we would remove a bar…until they saw it and universally just said, “Oh”. Thus Project Ugly Bar Removal began.

We were lucky to have the help of one of my husband’s friends to remove it. It turned out to be easier than expected given not much was holding it together. The phrase “waste of wood” was put forward more than once. For some reason, the former homeowner also saw fit to remove the drywall behind the end of the bar and not tile under the base. Of course, we could not match the tile, which turned out to be good because we discovered that they were incorrectly installed and just popped off with the slightest encouragement. All the old mortar was ground off the cement, new drywall installed over the hole in the wall and then the fun began! Fortunately there was a small bit of the original paint left in a bucket and it matched seamlessly. And the new tiles are in and just waiting for the grout to cure so we can seal it. It will be so nice to finally get that room sorted!! As a bonus, it will be in time for Christmas 🙂 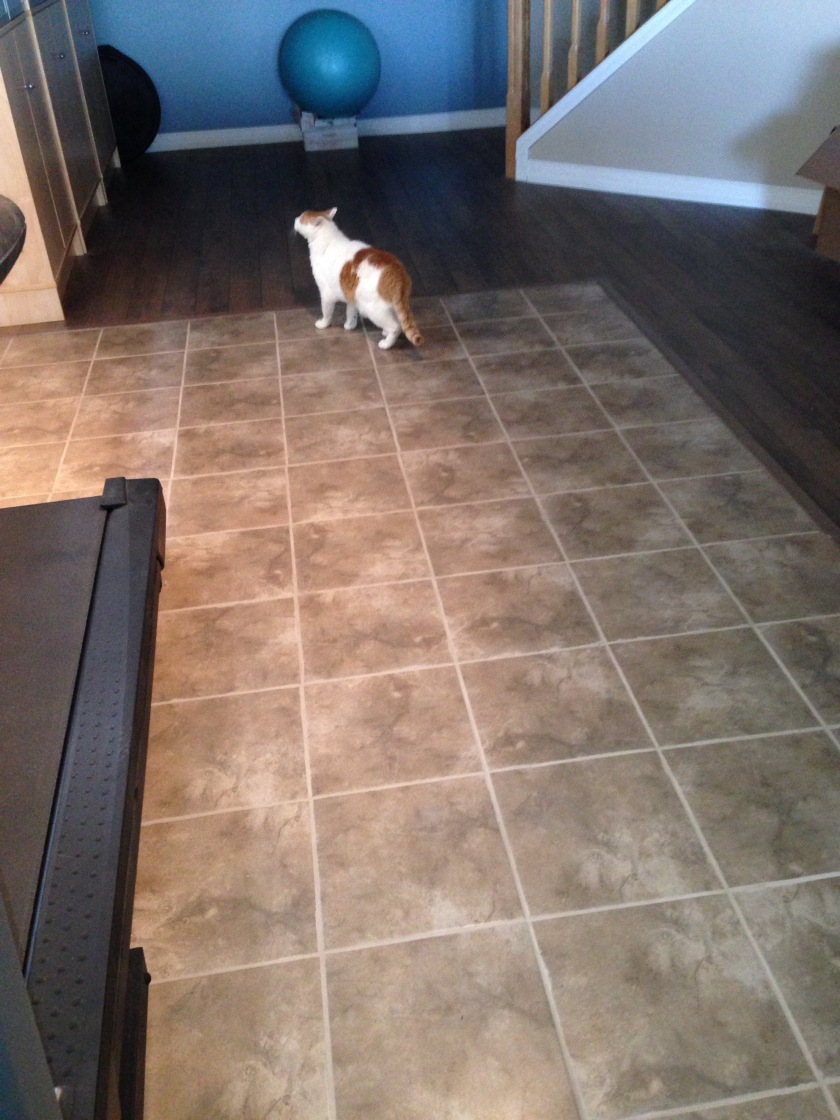