I think most people of Danish heritage make a version of this pudding for Christmas Eve. Luckily, my husband and I both grew up with this tradition, so when we got married there was no dispute as to what was required for dessert! For the uninitiated, it is whipped cream, milk, almond, sherry, rice, sugar and gelatin. So delicious. It can be served alone or with a nice cherry sauce.

The tradition that accompanies the pudding is that one whole almond is hidden inside and the person who finds it in their portion gets a small prize. In our family, it is always the marzipan pig. Good luck for the year. One year, we had hard-of-hearing guests who did not quite understand our explanation and someone ate the almond. There were the usual questions as to who was holding it in their cheeks, watching the kids have second servings in search of the treasure, and finally, a revolt and suggestions that I had forgotten to add it…so….I now invite witnesses to the kitchen to observe the ceremonial dropping of the almond as I fold the mixtures together. Ha ha. It has become part of our ritual. 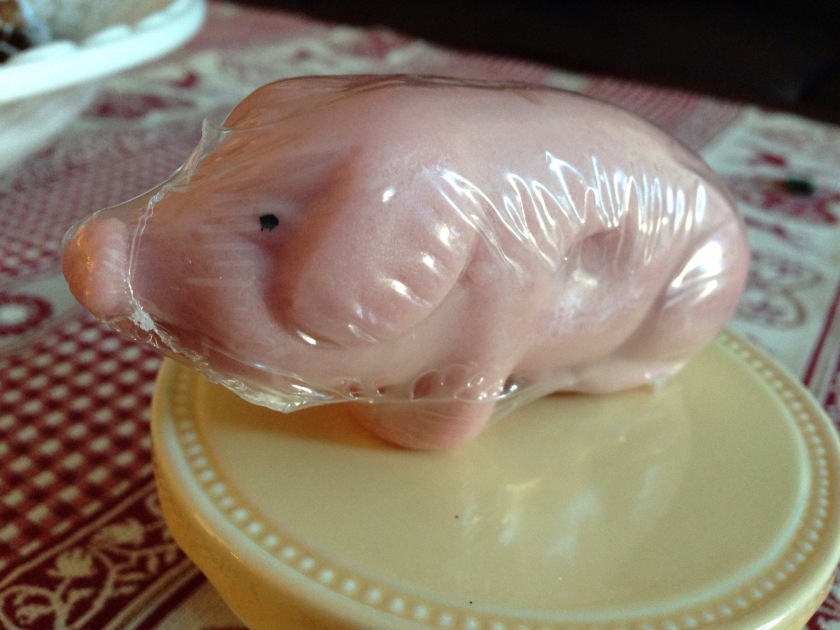 Bring to a boil, turn down and simmer until most of the liquid is absorbed/evaporated, about 20 minutes. Stir constantly. It will thicken a lot. I have included two photos so you can see what you are aiming for. 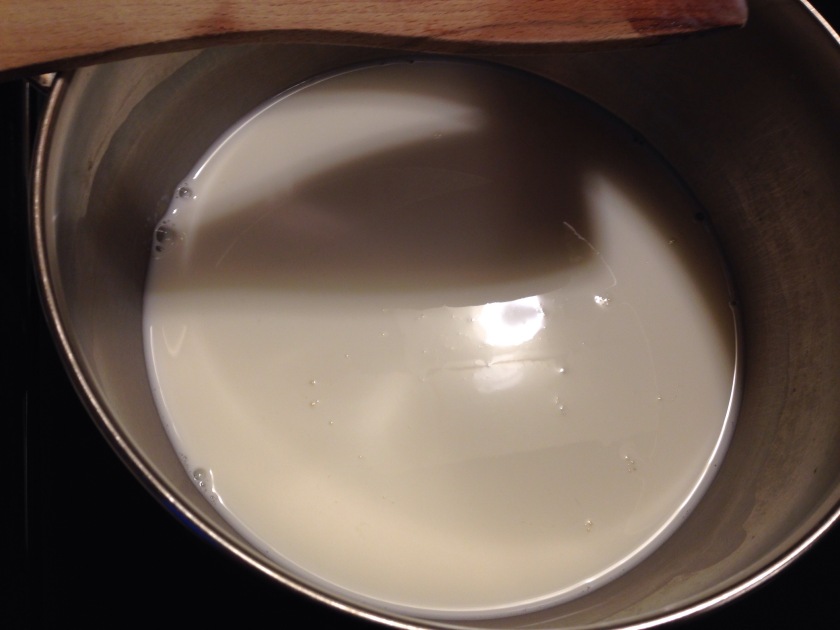 Take it off the heat to cool slightly. Meanwhile, sprinkle
1 pkg of gelatin over
1/4 cup sherry (I like Paarl Cape Pale Dry Sherry)
Let that sit for one minute and then add
1/4 cup boiling water and stir to dissolve

Then:
Whip 2 cups of cream.

Fold gelatin flavoured mixture into the whipped cream. Pour into a bowl and refrigerate a few hours until it sets. When serving, top with cherry sauce if desired. 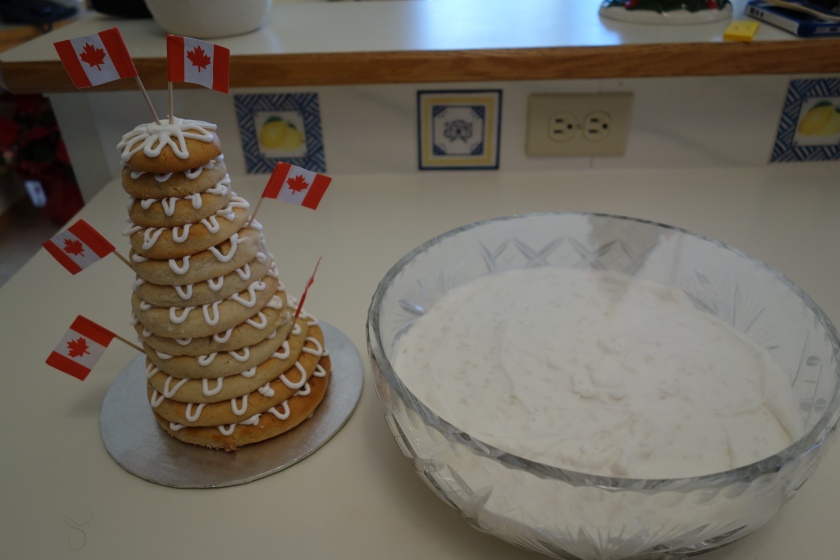 Notes:
It is very easy to blanch almonds yourself. I often do this as it saves  yet another trip to the store. Just pour boiling water over the almonds you want to peel, wait 5 minutes and squeeze them out of the skins. I find it works best if you squeeze from the pointy end as the rounder end has an attachment point. 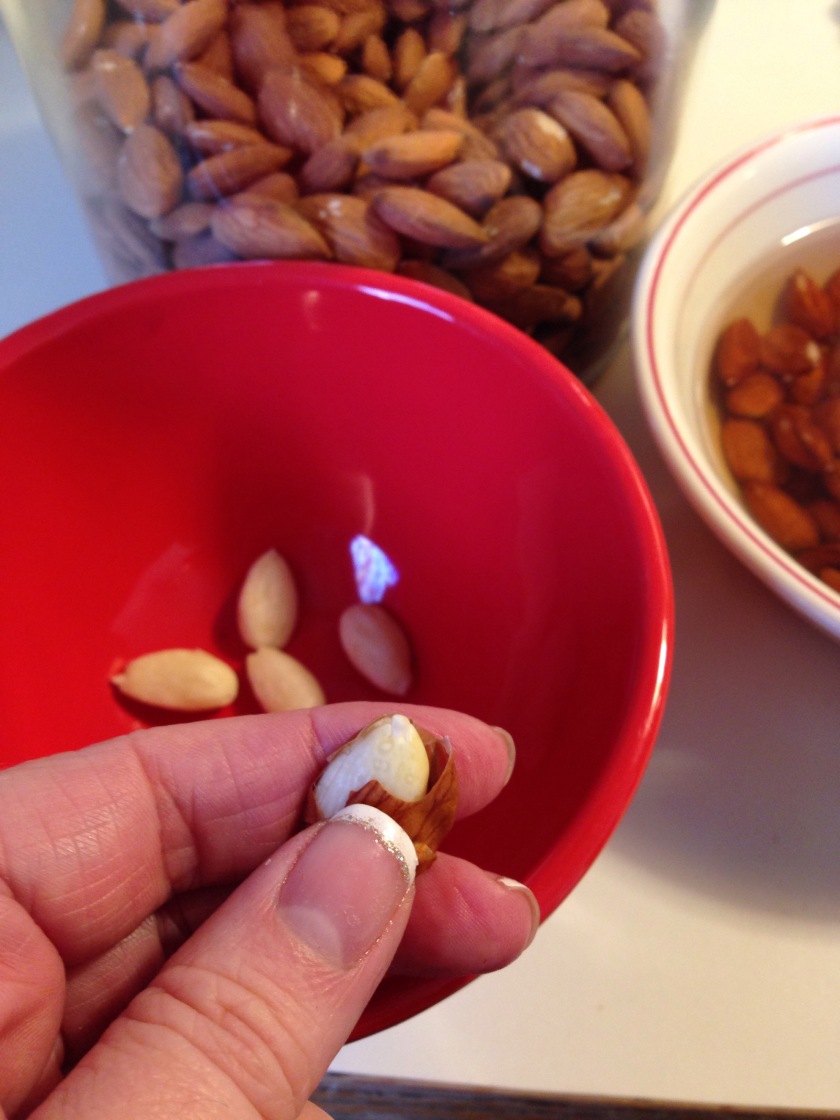