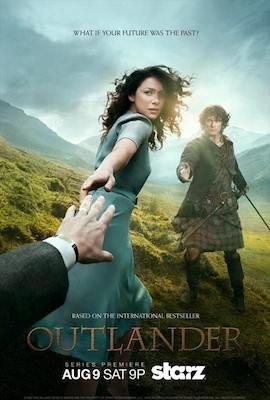 I love the Outlander book series by Diana Gabaldon so was hesitant to view the new TV series by that name. Usually, for me, film versions are a poor representation of books I have come to love. I was very happily proved wrong in this instance, however. Gabaldon has been involved in the project throughout, and the tv series has held reasonably close to the book series to date. Although in the making of an episode, it is necessary to leave out some of the intriguing details put in books as treasures for readers, they have managed to include a subtle nod to some of them for those who are “in the know” already. Well done.